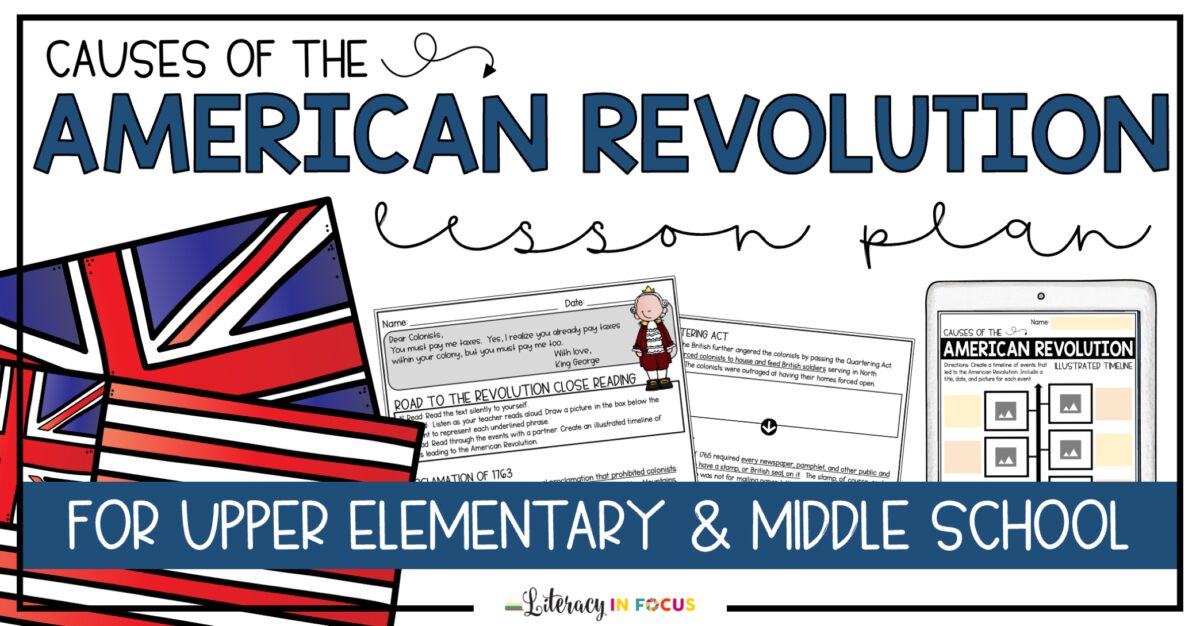 At the conclusion of this lesson, students will be able to identify and describe eight major causes of the American Revolution.

Begin the lesson with vocabulary support. Students define and apply eight tier-three words that appear later in the lesson. The words and definitions are listed below. Working with the words ahead of time will help with comprehension when students begin learning about the individual events leading to war.

act: (noun) a law made by a governing body

enact: (verb) to make into law

consent: (verb) to approve or agree

repeal: (verb) to do away with or cancel officially

import: (verb) to bring goods into a country

boycott: (verb) to join with others in refusal to use a product or service 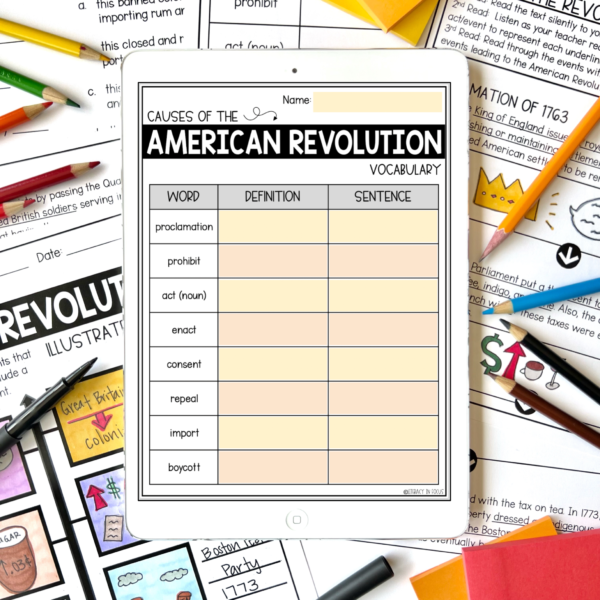 The guided instruction portion of this lesson incorporates two strategies: close reading and chunking. Close reading is used to scaffold learning, making the information less overwhelming for students to take in all at once. Chunking breaks the material down into smaller segments. Combining the two strategies ensures the lesson meets the needs of all levels of learners.

The text used for this lesson focuses on eight major causes of the American Revolution. All eight causes are listed below. As you can see in the picture below, the description of each cause includes underlined phrases to help students identify the most important information. You can write your own description of each event, or click here to download the text and additional lesson materials. 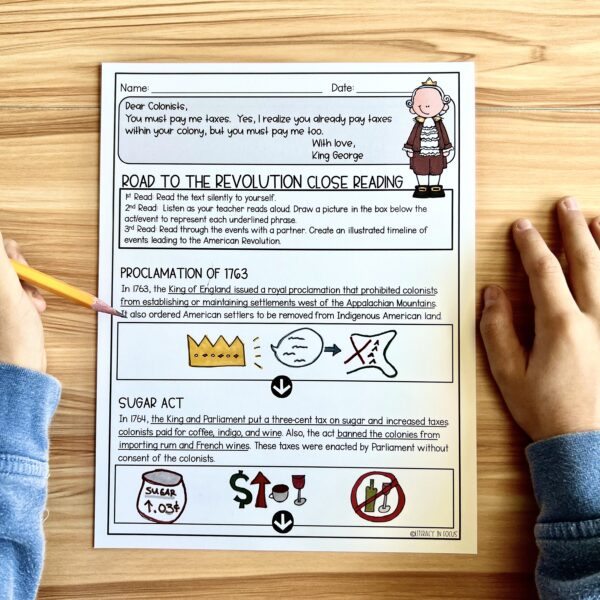 To complete the close reading, students read the text three separate times. Each reading of the text is described below.

-1st reading: Students read the text silently to themselves. To support comprehension, students circle the vocabulary words they defined earlier in the lesson.

-2nd reading: Students listen as the text is read aloud. Pause after each event to give students time to draw a picture to represent the underlined phrases. Connecting the information to a visual representation will help students remember the major causes. In 2016, researchers from the University of Waterloo in Canada found drawing information to be a powerful way to boost memory, increasing recall by nearly double. Drawing pictures of recently learned concepts forces students to reconstruct the material in a way that makes sense to them.

-3rd Reading: Students read the text with a partner. To reinforce the sequence of events leading to war, have students work together to create an illustrated timeline like the one shown in the image below.

To reinforce the sequence of events leading to war, students create an illustrated timeline. Placing the events in chronological order and including a picture gives students an additional opportunity to focus on each major cause of the American Revolution. 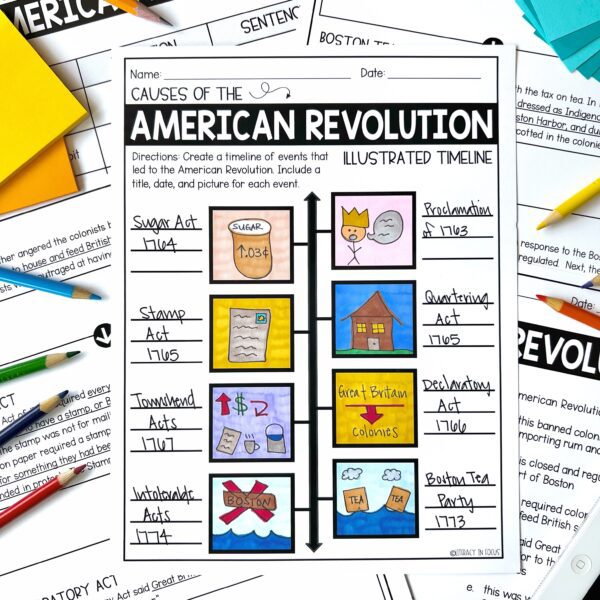 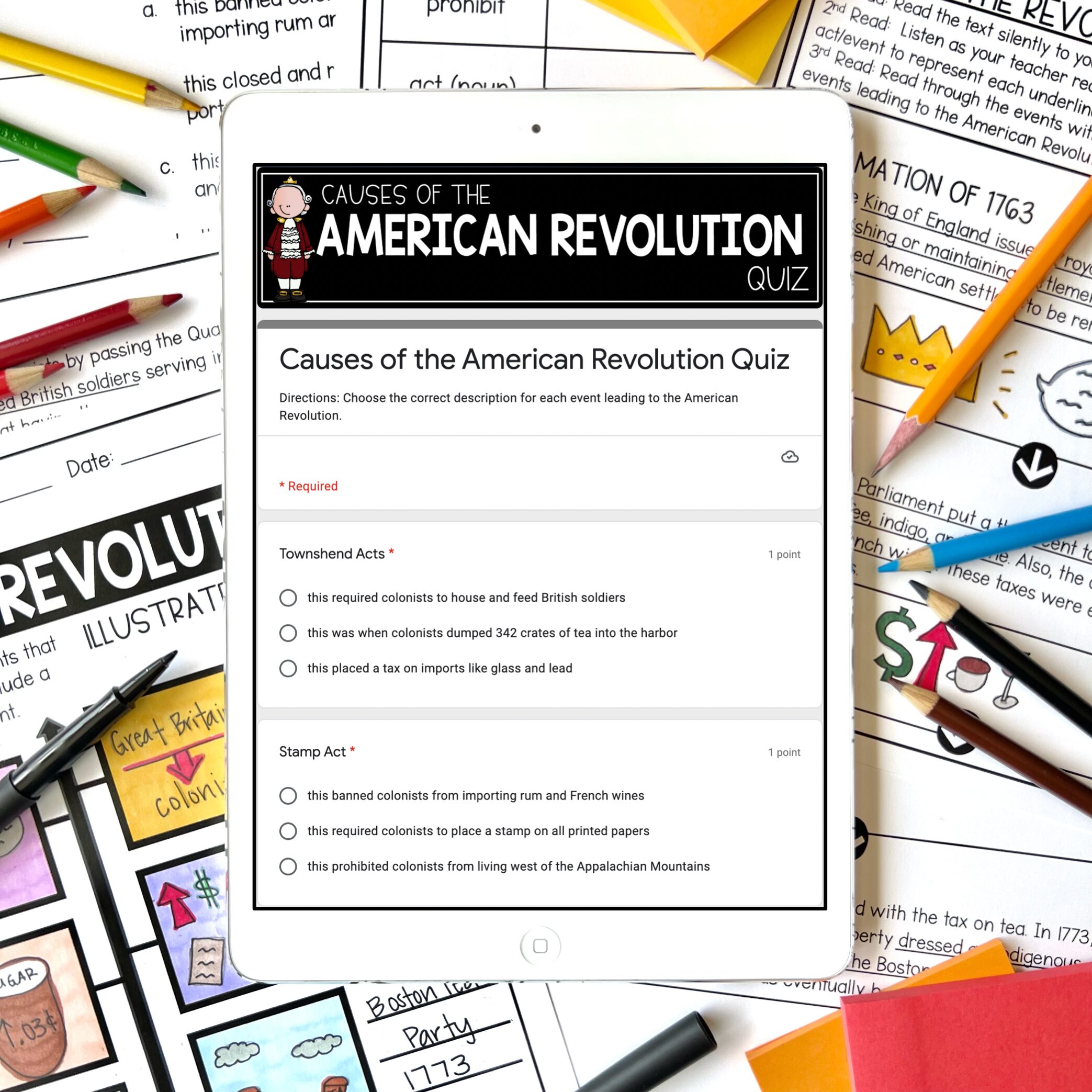 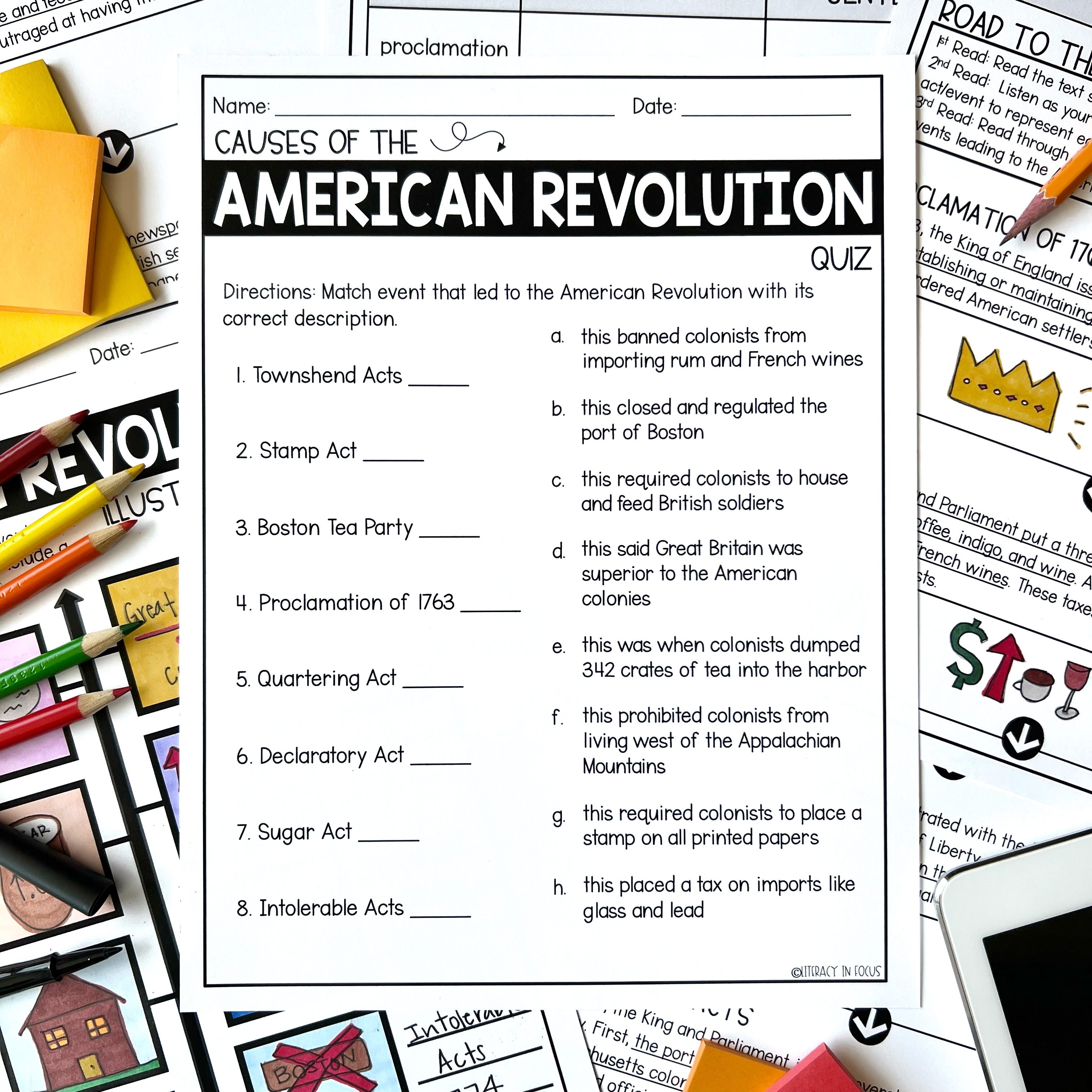 You can recreate the lesson described above using your own materials, or  you can click the link below to download the printable and digital version from Literacy in Focus on TpT. It includes everything you need for a successful lesson without all the stress of planning it! 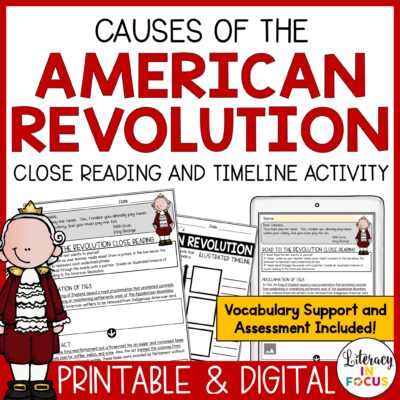 “This was an excellent resource for my students to help clarify the events that led to the American Revolution.” -Simply Pi 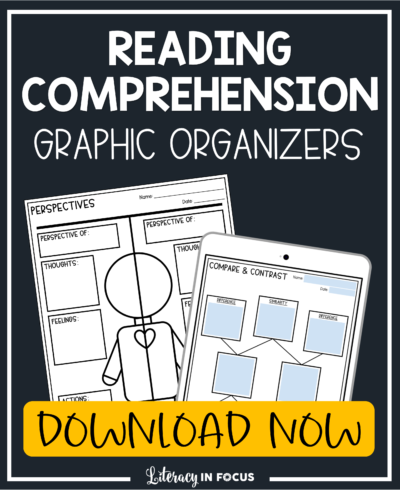 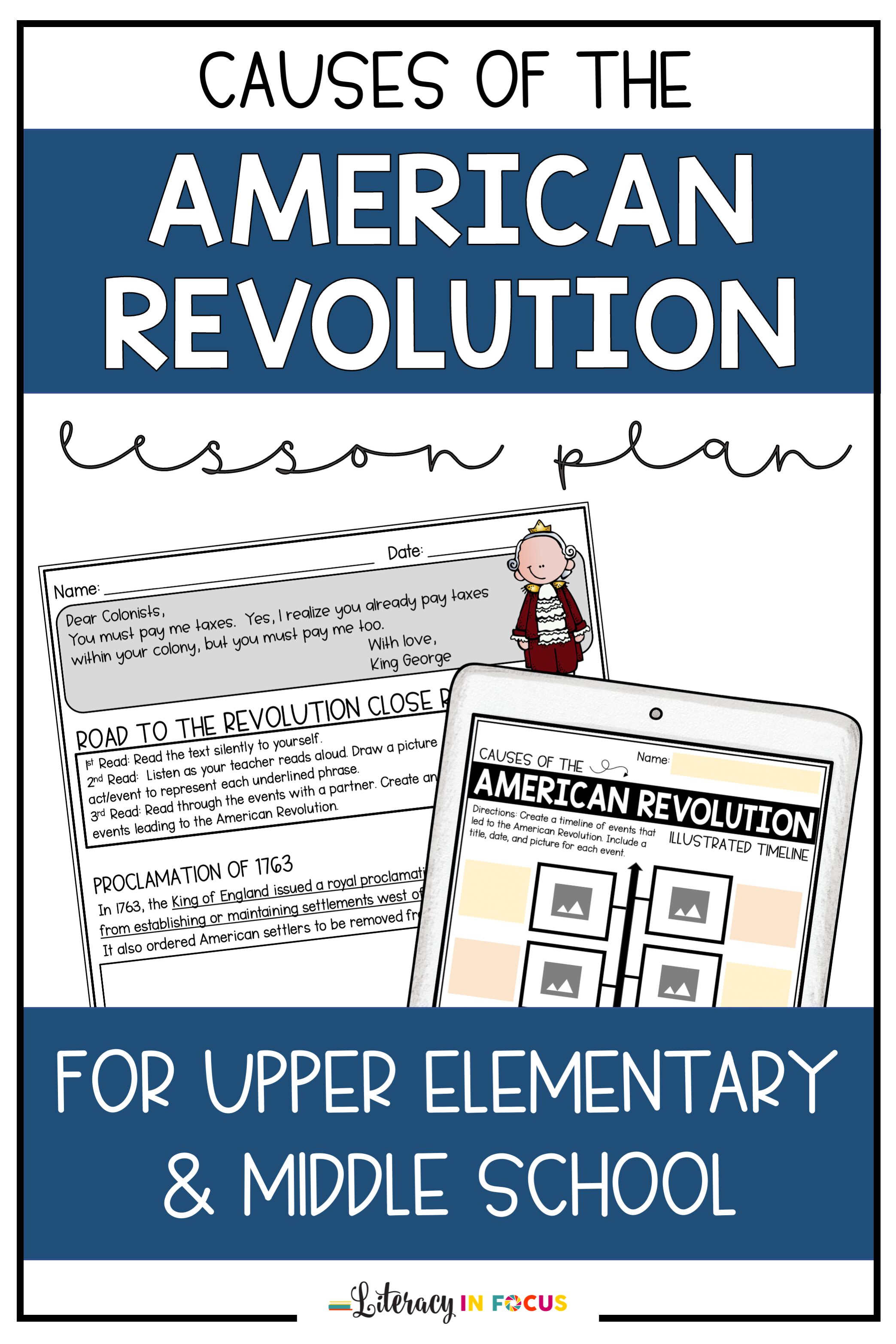 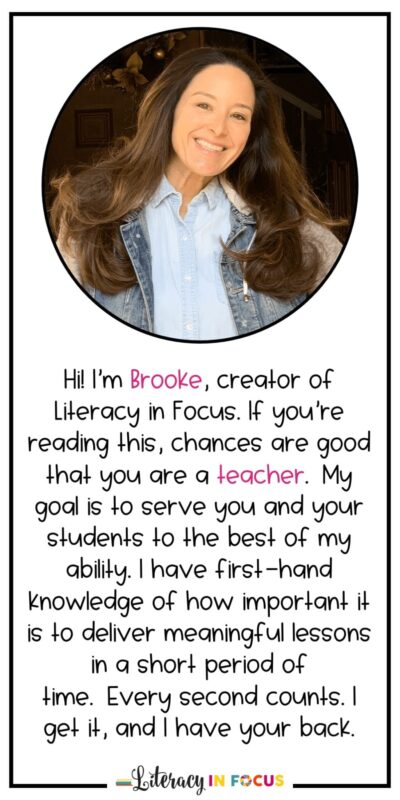 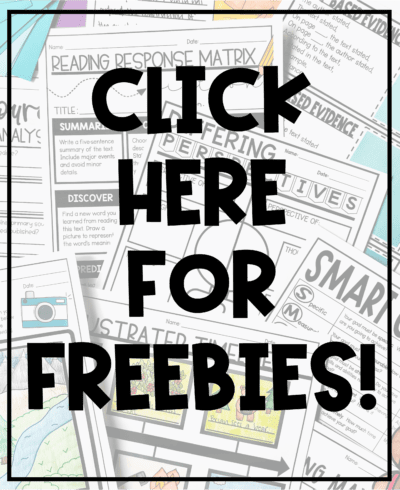 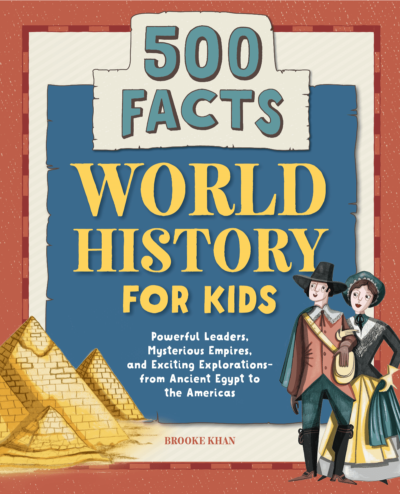 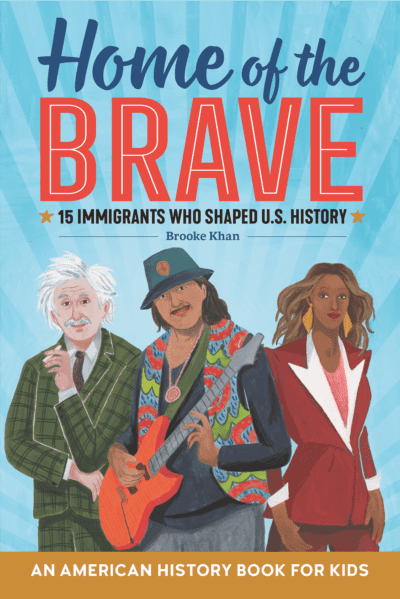 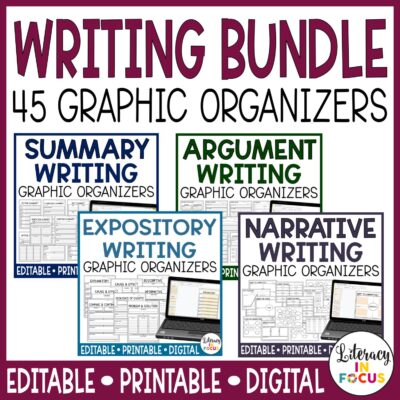 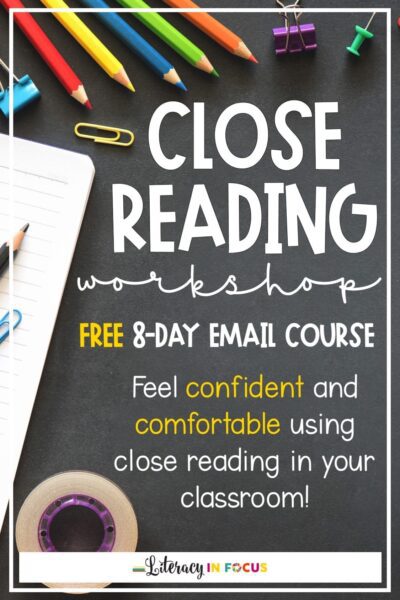